Those who knew me in the 70’s may be surprised that in my coverage of the decade’s music I mention disco music at all. But it was a phenomenon and it would not be fair to consider the period’s music without giving it some attention. Having said that, disco music still has for me about as much substance as a popcorn fart and all the appeal of a Justin Beiber song.

Maybe the reason I detested disco music was that I could never dance well. Yes, I tried dancing here and there along the way, whenever sufficiently inebriated to have lowered inhibitions. I mastered “The Bump” and could do the “Hustle”. The fact that I knew those dances should indicate to you that like everyone else alive at the time, no one emerged from the 70’s unscathed. If you were a guy and wanted to pick up chicks, surfing disco lounges and parties was part of life and so, you learned some moves. In my case it was just enough to get by.

Anyway, I’m far from expert on the genre. Most of the people who listened to the sorts of music I loved really tried to avoid disco. A few of us would say, it’s alright to dance to it, but never listen to it. Some guys in my frat at college actually played it on their stereos while they were studying. I never figured out how anyone could actually do that and generally assumed it was the result of a undiagnosed brain tumor or something.

When the disco wave hit popular music it seemed like everyone was releasing a song with a funky beat. Even old timers like the Frankie Valli and the Four Seasons joined in with “Who Loves You”. Other more recent artists like David Bowie released “Fame”. For the most part the driving force behind the inception of the music was a popularization of Funkadelic riffs set to a driving beat that even someone like me – the two left feet category of human, could actually find.

New bands emerged like Average White Band, Wild Cherry and K.C. & The Sunshine Band. As is true of all pop trends many said it was a flash in the fan and would be soon over. My friends and I hoped that would be true. But it lingered and grew for a time.

Some bands transitioned their careers to the new genre and became much more popular. Second Wave British Invasion band The Bee Gees were on the decline in popularity. Remember a song titled “How Can You Mend A Broken Heart”? Their transition, supported with the release of the movie and soundtrack of Saturday Night Fever, relaunched the band’s careers into the stratosphere.

In the midst of the Disco Wave many traditional R&B bands shifted their style slightly to pick up a heavier beat and released some disco albums. Bands like Earth, Wind and Fire, The Commodores and artists like Rick James extended the genre into more of the mainstream undercurrent of popular music. Meco did a disco version of the Star Wars Theme that topped the pop charts. 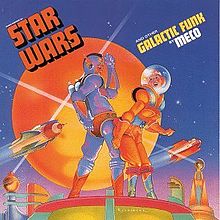 A number of pop bands who considered themselves mainstream detested disco music about as much as those who played heavy metal, classical rock and such. The Bay City Rollers and The Sweet were two of the major forces of nature int he pop genre int he mid to late 70’s. Neither group released any “disco music”. In fact the latter released a song titled “Disco-Phony” that was lyrical attack on the genre, lifestyle of clubbing and the shallow sorts of people who were attracted to the genre.

By the 1980’s Disco had become more or less incorporated in the mainstream sound of popular music. Dancing and dance music never disappears, just the type of music driving people to the dance floor changes. Many new genres have erupted since the late 70’s including Punk, Rap, Grunge, Hip-hop and Techno yet some elements of the disco sound echo current music.