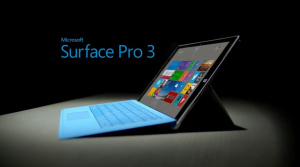 And so the saga comes to a conclusion, a full six weeks after it began. It turns out I was right to an extent. The alleged refund was never fully processed.  Had I not called to complain, yet again  – this time to a customer service rep named Amanda – I would still be waiting in vain.

Amanda accomplished what Bonnie and the others before her did not, could not or would not. Not only did she define “business cycle” as a monthly billing period which is, for them, 28 days, but also she scratched beneath the superficial to determine that my refund was stuck in some kind of limbo. She redirected it to the proper processing channel and, this afternoon, the money appeared back in my account – five days, 3 business days, after she initiated the action. It is, however, a full 41 days since the story began.

Why was it necessary for Best Buy to treat me so poorly that they have now lost a customer for life? Clearly I was not important enough – or my refund amount was so token – that no one before Amanda wanted to bother investigating what happened to my refund. And the bottom line is that Best Bu’s bottom line is more important to them than fixing a heinous situation that allows something that this to happen.

Kudos to Amanda, but I reiterate that I will never order anything online again from Best Buy or Geek Squad and advise everyone reading this to seriously consider doing the same. The stores seem to be different. Refunds are processed in a more timely manner. And, though I have issues with the length of lines at the checkouts and the overall lack of urgency toward remedying it – before I complain – I have had decent customer service in the store. If I buy anything from Best Buy in the future, it will be at a local store. Lesson learned.