In some ways publishing Fried Windows in May of last year created a few paradoxes for the main character Brent. WARNING: If you haven’t read the book, you might want to before continuing on. I’m about to reveal some things about the plot.

There are some relationships Brent and characters in my other novels, particularly Andy Hunter, Terry Harper, Lee Anders Johnston and Caroline Henderson from One Over X (two of six books published) and The Power of X (as yet unpublished). There is also a loose connection between the mother  in Becoming Thuperman and Terry Harper – as they attended high school together. Brent meets Terry Harper while he attends Purdue University where the latter is pursuing aa doctorate in applied physics and eventually becomes a professor before taking a tenured position at the University of Texas.

Brent and Lee Anders Johnston hale from neighboring towns in rural Ohio. Both were musicians in their teen years. Brent actually played bass for a brief while in a band that Lee led. Lee was best friends with the lead guitar from Brent’s garage band – which is how they met. Ironically, as they were both the sons of farmers, their fathers knew one another, though not very well.

After the disintegration of Brent’s garage band over an issue about performing a Rock Opera Brent wrote for his senior English project – a piece on Beowulf – Brent and Lee perform an acoustic set at the Christmas party of a friend of Brent. It is the last time Brent and Lee perform together for nearly twenty years, though the two of them conspired during their connection to compose a few songs that will end up reuniting them in later years – and reinvigorating Lee’s career as a professional musician.

Lee departs Rock as his vehicle of musical  expression and begins playing Blues with a couple of musicians while he attends Purdue University – where he studies Engineering and meets Terry Harper, his professor of physics. In Lee’s Junior year at Purdue his folks sell their farm in Ohio and retire to Texas. Lee transfers to the University of Texas. The following year, Terry Harper is offered a tenured position at UT, based on his recently published best seller on astral physics the university. And, so Lee and Terry reconnect at UT and the Lee changes his major to physics.

While in Austin and immersed in the vibrant artistic community, Lee joins a country band called Faction. At a bar in Austin he meets Caroline Henderson, the daughter of Joseph Henderson, CEO of HENCO. They share a few dates before establishing a relationship.

When Lee is offered a research job in Colorado, three of the original members of the band follow him there. They form the nucleus of a new Faction that lands a recording contract. Lee and Caroline have a long distance relationship until she completes college.

To pursue his musical career,  Lee quits his job and accompanies the band to Memphis where they record their first album.  Then, against her father’s protests, Caroline joins Lee and goes on tour with Faction, actually performing with the band as a background singer.

So, where is Andy Hunter is all this? Anyone who has read One Over X, knows that both Andy and Lee have a relationship in another version of reality, where both work for Henco. Lee works at a product assembly facility while Andy is a coder for the instructions loaded into the devices the company makes. The company’s CEO is Caroline Henderson who took up the reins when her father, Joseph Henderson passed away – never knowing she is to the Andy who was born of an unwed mother who used to work for the Hendersons.

In the other world, the one where Caroline and Andy grew up as siblings, Andy studies applied physics at UT Austin and becomes enamored with Dr. Harper to the point that he begins writing a boot about him. In the process he attempts to create a device based on Harper’s hypotheses that can cancel out the effects of the electromagnetic fields of the Earth – theoretically opening portals to every other dimension.

The powers that be – as in the Universal Powers That Be – are not amused with Andy’s devise of how it throws a significant distortion into the over all matrix of fabricated reality – the shell they created as the distracting illusion of life. With it Andy can, pretty much, go wherever he wants – as long at he knows his destination. Therein lies the rub.  Andy knows that the device can do but doesn’t understand it’s potential. And in the process of exploring it he becomes genetically altered to be more like an extraterrestrial ancestor of humanity than a man.

Brent is a transplanted straddler, born into the world to correct the problems Andy will eventually cause. He gets sidetracked with his own issues and adventures but, moreover, he is intended to defeat Andy’s modification to the design. Brent is naturally drawn toward the people he needs to connect with in order to fix things. Yet he is uncooperative in dealing directly with any of his new found friends.  As a result, Andy changes many things both for Earth and Anter’x, a directly connect world – via wormholes – on the other side of the galaxy. There the wolfcats thrive – for a while anyway, along with a primordial ancestor of humanity called the Hovdin and a race called Sabatin that enslaved the Hovdin for a time.

In The Attributes, a two book set that I wrote a while back, all the timelines and plot lines are resolved. Imagine that! 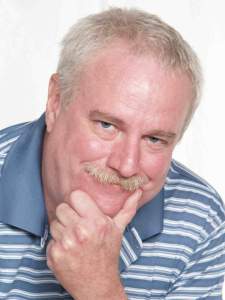 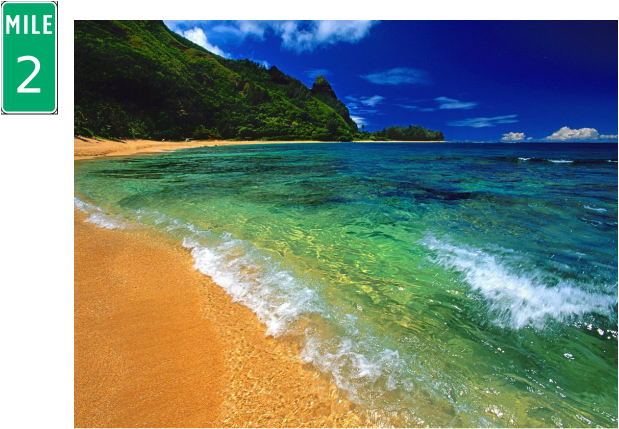 Somewhere between the coastal mountains and the Pacific Ocean in northern California there is a mythical town called Alabaster Cove. At least, I think that’s where to begin looking for it. You see, on top of everything else I have problems with, reality being one of them, there are random people I know who like making up stuff. In other words, my world is largely populated with writers.

There’s nothing inherently wrong with being a writer – unless you ask someone who actually lives with one. I’m sure my ex has a pretty long list of things she never really liked about living with me. Anyway, one of the writers I know fairly well conjured Alabaster Cove into existence. I’m not sure where it came from. Maybe it was an inspiration caught between imagination and a dream. You know the place, somewhere under the rainbow – or should that be over? Let’s just say, for the sake of argument, that the place actually does exist even if only in Deek Rhew’s mind.

Deek is part of a dynamic duo of fiction writing. Erin Rhew, his wife, is an accomplished sci-fi/fantasy writer. Deek does mystery/detective stuff. Together they constitute what Kurt Vonnegut Jr. referred to as a Nation of Two. They were born to be together. All they had to do was find one another and suddenly their lives made sense. And everyone else who knows them cannot think of one without the other. They are that inseparable. That, by the way, trumps what I was saying about living with writers. When both people in a relationship write for a living the result can be magical. Not sure if they plan to collaborate on anything – a sci-fi who dun it? Well, I’d buy it. For the present she proof reads his stuff and vice versa. Each is the other’s biggest fan. 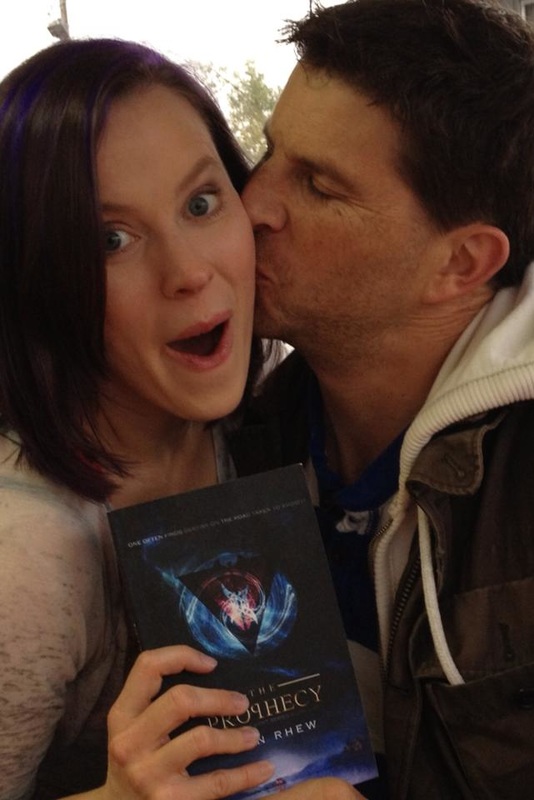 They live somewhere about in Oregon. It rains there a lot. Since I know a lot of prolific writers who live in the Pacific Northwest, maybe the weather has a bit to do with why they write so much. Maybe I should live there instead of sunny (mostly, anyway) Florida. It would be an experience waking up in a world where I would be surrounded with writers, each of us trying to one up the other with a quick turn of a phrase. Come to think of it, maybe that wouldn’t be such a good thing after all. 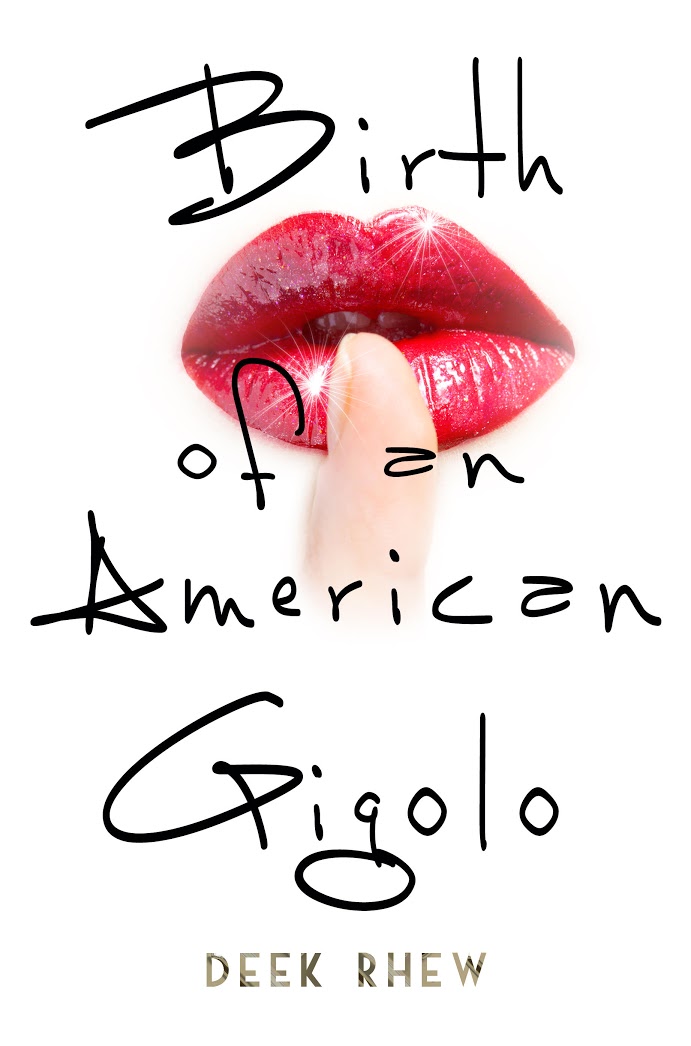 Deek’s latest effort is a novella titled Birth of an American Gigolo. Disclaimer: it’s not an autobiography. The novella is set in the aforementioned Alabaster Cove. It is also a place mentioned in Deek’s upcoming novel, 122 Rules. So, if you aim to become totally immersed in the fantasy of Deek’s fiction, and want to get to know the people who populate the mythical town of Alabaster Cove, Birth of an American Gigolo is the jumping off point. Please make sure your life vest is fastened securely before doing so. Deek is pretty good at telling stories that drag you inside and hold you captive for however long it takes you to read them.