My guess is that whatever music you listened to when you were growing up, coming of age or whatever is truly the soundtrack of your life. Since I grew up in the sixties and seventies the bands of those times feel like my bands. I saw many of them perform lives and I collected their albums. As those who have been following my blog for a while know I still listen to a lot of the music of that period.

Music and the ways it was recorded, mixed and presented evolved in the seventies. Although stereophonic sound started to appear in the late fifties it wasn’t until the mid-sixties that it came into common use. Even so, most of the music of the time was promoted on monophonic AM radio. Although FM existed until the late sixties most of the stations broadcast classical music. In the early seventies all that changed.

Although music format on AM radio persisted into the late seventies and early eighties, in most markets the common fare was Top-40. Some FM stations began Top-40 formats as well but in stereo. Despite the inherent bandwidth limitations and compression of the dynamic range for FM the music played gave the listener a much better idea of what the actual record sounded like. Album oriented formatting began to appear in the early to mid seventies as well and many rock groups whose music was not commercially viable as singles for Top-40 began to receive airplay. Without the transition to FM I doubt I would have ever heard many of my favorite groups from the era.

Radios were optional equipment in cars as early as the forties it wasn’t until the fifties and sixties that they became standard. In the late sixties and early seventies AM/FM Stereo radios began to appear in cars. In an effort to make personal music collections mobile, and because vinyl records in a car was impractical, pre-recorded tapes appears, first as 8-Track cartridges and later cassette tapes. However, the two tape formats were inherently noisier than vinyl records. Though manufacturers though the problem was a non-issue at first, people sought higher fidelity in my cars, especially when van conversions became popular. Over the decade, after market “Car-Fi” evolved to the point that sound quality rivaled some home systems. Using noise reduction techniques like Dolby and dBx hiss that was always a limitation of tape recording was virtually eliminated. The use of cassette tapes led to personal playback devices like Sony’s Walkman that became popular in the early eighties, and “Boom-Boxes” or portable music playback systems that were prevalent throughout the eighties and nineties.

The quest for noise reduction also led to innovations in vinyl recordings such as half speed mastering on virgin vinyl, a method used to reduce the surface noise produced from the friction of a stylus coming in contact with the record during playback. It was discovered that by mastering a recording by playing the tape at twice the speed while encoding the pressing plate at half speed the signal to noise ration of the recording was greatly improved. The compulsion to further increase dynamic range of music playback through noise reduction led to several early digital signal processing devices such as the auto-correlator that removed nearly all white noise from the background of the music during playback. Another method often used was decilinear compression and decompression, first encoding a composed form of the recording and then expanding it back to full dynamic range during playback.

Digital signal processing lead directly to experiments using laser to etch pits into a disc that would reflect a high frequency rate sampling of an analog waves. When played back the result would be a extremely close approximation of the original analog. The basic groundwork for the compact disc were created in the late seventies. 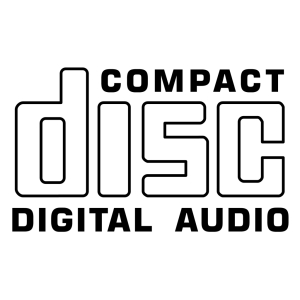 Recording techniques used in the studio and during stereo mastering and post production evolved from instruments to the let of me vocals to the right that was popular in the 60’s to a wall of sound and finally a special approximation of what it would feel like to be sitting on stage with he musicians surrounding you. The latter desire drove the experimentation with Quadrophonic sound that would eventually evolve into digital time delays and finally multichannel surround sound.

THX Sound often used in movie soundtracks was also pioneered in the late seventies by an audio engineer named Tomlinson Holman who worked for Advent Corporation, a New England based speaker manufacturer. Holman invented a preamplifier circuit that dramatically reduced low frequency feedback when playing back a record and the technology was incarnated into a small stereo receiver that many audiophiles purchased just to have the preamplifier driving their later amplifiers. In couple of years later, Holman left Advent and created Holman corporation to manufacture an updated version of his preamplifier – with additional features that catered to audiophiles. His parents were eventually sold to Phase Linear Corporation that was subsequently purchased by Pioneer Electronics. Holman invested in the development of a playback system specifically designed for film won the right to create the THX (Tomlinson Holman Extensions) used by Lucas Films for the second installment of the first Star Wars trilogy.