For those of you following the saga of the entire series revision for The Wolfcat Chronicles, Book 7 was submitted to my publisher this morning. Now I move on to Book 8 – after a brief break.

As I have said before, I’ve not worked on Books 8 through 10 for several years. Over that time my writing style has changed a bit. Also I completed and self published The Attributes and signed with Pandamoon Publishing to see Fried Windows released this past May. In other words, a lot has happened. 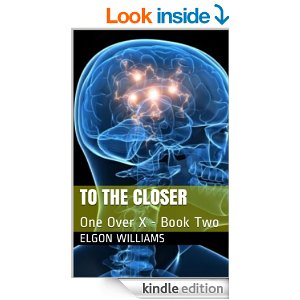 I’ve always planned a substantial revision for the final three books that comprise The Last Wolfcat section of the series. As I have written several of the other tangential pieces that tie into The Last Wolfcat, I have some new ideas for the conclusion. I have never been happy with the way the original draft ended.Now that I know how everything connects to Fried Windows, The Attributes, One over X and The Power of X – along with some as yet untitled pieces – I will tackle the task of rewriting the last third of so of Book 10. I am also considering an 11th book that falls outside of the storyline of The Wolfcat Chronicles but would provide some backstory support. I’m thinking of calling the supplement, The Offspring – not to be confused with the musical group.

So, although I’m happy to have completed the Spectre of Dammerwald and One Pack sections of The Wolfcat Chronicles, and would love to take the day off and celebrate, I have a lot left to do. I really need to have the entire series wrapped up before April to fit into my plans for other books that remain on the back burner – including sequels to Fried Windows and Becoming Thuperman.

As for Becoming Thurman’s release date, expect it sometime around summer. Since it has a baseball theme that is a better time of year for it to appear, I think.

I’ll be promoting Fried Windows locally in some bookstores with signing and personal appearances over the next few months as well as building interest in the first book of The Wolfcat Chronicles and having some launch parties. So if you live in Central Florida be looking for the announcements. My publicist and I are considering some other promotional events, perhaps in other states. Nothing has been officially scheduled yet but it’s in the works. Also, I’ll be offering personally autographed copies of Fried Windows online. I’m working out the logistics of that as well.