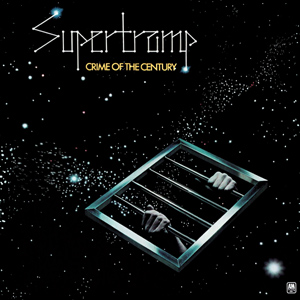 When I first heard Supertramp I was in a record store in the Student Service Center at Purdue University. I was a Freshman and had been at school for about two weeks, I think. The store clerk was playing the album and it was displayed as a new release.

Like a lot of kids my age I was into progressive rock at the time and the album definitely interested me. It was a well-recorded, well-performed collection of songs that included Dreamer, a UK hit that wasn’t released in the US as a single, however the song received airplay and later on in the group’s career a live version of the song was released in the US. But the commercial success for the album in the US was driven from the release of Bloody Well Right, the album’s big US hit.

The band was originally formed in the late sixties under the name Daddy and received financial backing from a Dutch millionaire. Rick Davies (keyboards) and Roger Hodgson (guitar, bass, piano and vocals) formed the nucleus of the band. After renaming the group Supertramp they released a couple of albums that were not commercial successes. There were some personnel changes prior to recording Crime Of The Century including Bob Siebenburg (listed as Bob Denberg in credits) on drums, Dougie Tomson on bass and John Helliwell on saxophone, keyboards and backing vocals. 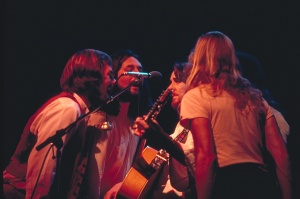 Supertramp went on to release a series of albums that leaned more and more in the direction of pop music scoring their biggest hits with the release of Breakfast in America in 1979. The album features the songs The Logical Song, Breakfast in American, Take The Long Way Home and Goodbye Stranger.