Matt Coleman’s Raquel “Rocky” Champagnolle is a magnificent creation – not only a protagonist but also a highly effective anti-heroine with a sharp tongue and a rare gift of being able to judge people (fairly accurately) at first glance. Often she is surprised when she first hears someone’s name, but that does not deter her from calling them by the name she prefers, the name their parents probably should have given them. The thing with names, though, is something Coleman uses with great effect throughout the story. It offsets Rocky’s otherwise uncanny perception. She is a natural problem solver, a born detective even if she is somewhat reluctant to take on the complicated mystery underlying this story. In fact, the only reason she dives into the convoluted mess is that the town’s richest old lady calls her fat.

Rocky is a likable friend, the sort you love hanging out with even if you now you’ll probably regret some, if not a lot, of what she eggs you on to do. At one point, Coleman discusses the gravity some people have, drawing other people so close that they have no other option but to settle into orbit. Rocky is just such a star. Following her as she meanders through this absurd corner of a farcical universe is an adventure that will compel you to turn the page expectantly, wondering what snark will next erupt.

Having just finished Matt Coleman’s latest novel and regretting that there isn’t another chapter left to read, I’m glad there will be more Rocky stories forthcoming. And who knows? Maybe at some point, she might team up with Ellis or The Drew from Juggling Kittens. I mean – they do live in the same general area.

I am grateful for the privilege of receiving an advance copy from the publisher in exchange for an honest appraisal. I have to tell you, each one of Coleman’s now three novels is strikingly different. And yet, they bear similarities beyond sharing an author. Each rests comfortably within the Grit Lit subgenre of mysteries. Each hosts a cast of memorable, quirky but relatable characters whose lives manage to spiral around at the fringes of sanity, skirting legality at times, while they try really hard to do what they feel is necessary whether anyone else feels it’s right or not. Reading one of Coleman’s books is an event I look forward to because of his amazing sense of irony and unwavering wit. I guarantee you’ll love this book every time you read it.

These days there are many books that bend genres, making them next to impossible to classify. It’s to the point that lately, I’m not sure that any book deserves its pigeon hole. But people like making comparisons to whatever they know. That’s why genres are assigned. I’m not sure they are as relevant as they once were, though. When a reader has fallen in love with a given author’s work the importance of artificial categorizations diminishes. You read a book expecting the author to deliver and you follow no matter where his or her imagination takes you.

Steph Post writes Southern Noir, what a lot of people refer to as Grit Lit. Her novels are about rural Southerners who often get sucked into get rich quick schemes that are illegal. But people who live on society’s fringe face hardship daily and must make desperate choices.

Post’s previous works are A Tree Born Crooked, Lightwood, and Walk in the Fire. If you have already read those you respect Steph Post’s writing chops. You know her characters are lifelike down to the grit under their fingernails and the grease that doesn’t wash off their calloused hands. Her gut-wrenching scenarios present authentic dilemmas. Her settings are based on her experiences growing up in a part of Florida far removed from the resorts and amusement parks. In Post’s books the American South feels genuine down to cypress knees jutting up from the oozing mud. Snakes hide in the tall grasses and gators lurk in fowl smelling, murky waters. If you know Steph Post’s stories you have probably been waiting eagerly for the release of Miraculum, which entered our edge of the universe on 1/22/2019.

From the first page, Post grabs hold of your faculties and doesn’t let go for the duration of the strange ride that often dips into the darkness that underlies the superficial world that others, those who are invested in the systems and institutions of decent society, believe is real. Ostensibly, the story is about a carnival/circus experiencing an identity crisis as it struggles to adjust to changes in the early 1920’s. America has emerged as a major industrial power having survived intact while Europe was devastated by The Great War. To compete with other forms of entertainment for the nickels and dimes in the audience’s pockets, the circus must exhibit what people can’t find anywhere else, or at least convince them that its assortment of geeks, freaks and exotic enhancements is unique.

In the circus Ruby is the snake charmer. Most of her body is decorated with multiple tattoos – not particularly well-done ones at that. She’s a survivor and, as the story unfolds, we are privy to some of her secrets, her origins, her past relationships, and her few aspirations. We understand how much the world around her limits her life.

Daniel, a stranger, who is a study in contradiction, joins the circus as a glommering geek. Yet he always wears an immaculate and obviously expensive suit that never seems to soil. He never appears to sweat, despite the muggy heat of summer int he deep South. Apart from the side show performance, he’s urbane, well-educated, and well-traveled, leading most everyone to wonder whatever he is doing there. Of course, Daniel is attracted to Ruby but not for obvious reasons. Where he can control others, she is exempt. He finds this both frustrating and fascinating.

As always, Post breathes life into her characters with a careful eye for detail and well-tuned ear for dialogue. Her research into the period and the nuances of backstory are evident as the past collides with a present that cannot possibly be. Still, the haves shun the have nots. Shady people pop out of dark corners, trying to make a fast buck, even if it’s not completely legal. Rejected people, those who are discarded through no fault of their own, congregate in the only place that allows them to make a living, as freaks in the circus side shows.

All the elements that have made Post’s past novels visceral and gripping anchor what becomes a bizarrely compelling novel that dabbles in beliefs apart from the mainstream. Miraculum offers a weird, creepy, supernatural vibe beginning on page one. Along the way it simmers just beneath the surface while the story gains its legs. And then, it bubbles up violently toward a tumultuous and inevitable climax.

One week from today A Tree Born Crooked by Steph Post will be available from Amazon in both Kindle and paperback. You can still pre-order so that you will automatically receive your Kindle download the moment it is released.

A little over a year ago I met Steph at and online get together for Pandamoon Publishing. We are both part of a select group, what I’m sure will someday be referred to as the ‘First Gen’ Pandas. In the past few months I’ve gotten the chance to get to know her and work with her on a few projects as well as interact with her in conference calls and meetings. We have interviewed one another and and shared ideas on a number of topics related to writing. She has to be one of the nicest people I know. Having read A Tree Born Crooked a couple of times, now, I’m in awe of her skill as a writer. 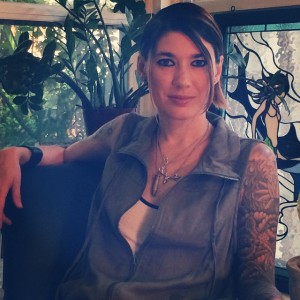 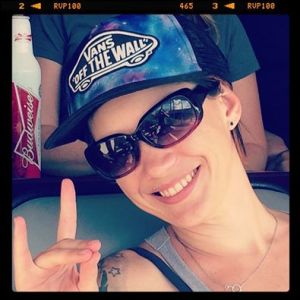 She is one of the rare one-third of Floridians who are native, born in St. Augustine and raised in the land of contrast: beaches and swamps, pine trees and palms, sunbathers and sunburn, alligators and ‘crackers’…well, you get the idea. Currently she teaches at a high school for the performing arts in the west central portion of the state, is married and plays mom to a couple of very cute dogs. She is obsessed with the TV show Justified and is extremely supportive of other authors and their work. 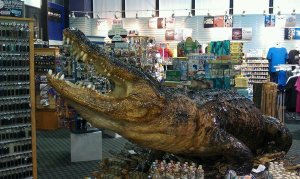 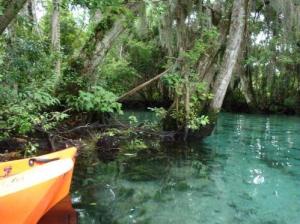 Her book is about the side of Florida that people may not see all that often but that doesn’t mean it’s not here. She writes in a style that is authentic to her roots developing memorable characters.

“James Hart, with a tough-as-nails exterior and an aching emptiness inside, does not want to go home. Yet when James receives a postcard from his mother, Birdie Mae, informing him of his father’s death, he bites the bullet and returns to the rural and stagnant town of Crystal Springs, Florida, a place where dreams are born to die. James is too late for Orville’s funeral, but just in time to become ensnared in the deadly repercussions of his younger brother Rabbit’s life of petty crime. When Rabbit is double crossed by his cousin in a robbery-turned-murder, James and a local bartender, the unsettling and alluring Marlena Bell, must come up with a plan to save Rabbit’s skin. A whirlwind road trip across the desolate Florida panhandle ensues as James tries to stay one step ahead of the vengeful Alligator Mafia and keep his brother alive. With bullets in the air and the ghosts of heartache, betrayal and unspeakable rage haunting him at every turn, James must decide just how much he is willing to risk to protect his family and find a way home.” 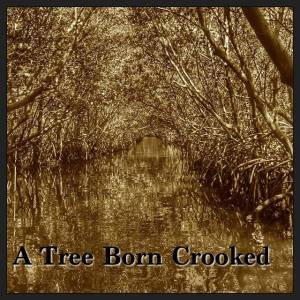