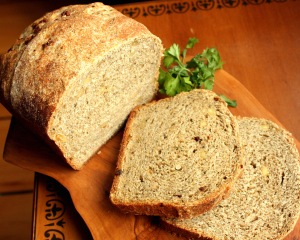 Yeah, I know it’s a pun. Sorry but I was looking for a title for this one and, frankly, that was the only thing that came to mind. Please bear with me, though. I think this might be of interest to a lot of people who, like me, are concerned about our health but wonder about all the healthy food in the grocery store and whether the added expense is worth it.

First of all, I’m not a nutritionist. But I know how to research things and rarely am I persuaded to follow a food fad. I eat whatever I like that I can afford. I exercise when I consume too many calories because taking the pounds off takes a lot longer than putting the pound on. I figure there are a lot of people out there who are like me. I’ve heard a lot of about gluten free foods. Whenever something is new and has a lot of buzz it seems like everyone starts to jump on it like it’s the solution to everything imaginable that is wrong. I’m suspicious of hype, especially when something costs significantly more.

I’ve tried some gluten free foods and I have to say they aren’t bad. But how much good do they do for the body?Are they worth it?

First of all, what is gluten? According to Wikipedia:

So, it the component in grain that allows bread to rise when the grain interacts with yeast. There are other ways of producing fluffy breads, though, but, of course, that costs extra money.

Is gluten bad for you? If you have a medical condition that requires eliminating gluten from your diet, you obviously need to be extremely aware and conscious of what is in your food. Pain, often severe, is the consequence of eating the wrong things.

It is estimated that at least 15% of the population is gluten intolerant. According to Mind Body Green (http://www.mindbodygreen.com/0-7482/10-signs-youre-gluten-intolerant.html) Here are 10 signs of gluten intolerance:

1. Digestive issues such as gas, bloating, diarrhea and even constipation. I see the constipation particularly in children after eating gluten.
2. Keratosis Pilaris, (also known as ‘chicken skin’ on the back of your arms). This tends be as a result of a fatty acid deficiency and vitamin A deficiency secondary to fat-malabsorption caused by gluten damaging the gut.
3. Fatigue, brain fog or feeling tired after eating a meal that contains gluten.
4. Diagnosis of an autoimmune disease such as Hashimoto’s thyroiditis, Rheumatoid arthritis, Ulcerative colitis, Lupus, Psoriasis, Scleroderma or Multiple sclerosis.
5. Neurologic symptoms such as dizziness or feeling of being off balance.
6. Hormone imbalances such as PMS, PCOS or unexplained infertility.
7. Migraine headaches.
8. Diagnosis of chronic fatigue or fibromyalgia. These diagnoses simply indicate your conventional doctor cannot pin point the cause of your fatigue or pain.
9. Inflammation, swelling or pain in your joints such as fingers, knees or hips.
10. Mood issues such as anxiety, depression, mood swings and ADD.

If you have any of those symptoms you should see a doctor about it. But unless you have been diagnosed with a digestive disorder there is no significant evidence that eating gluten in your food is harmful other than to say anything in excess is probably not good. It is a fact that if you reduce the intake of bread, for example, you will find it easier to lose weight. That’s good news for most of us who like the taste and smell of freshly baked bread. We just need to eat it in some moderation. 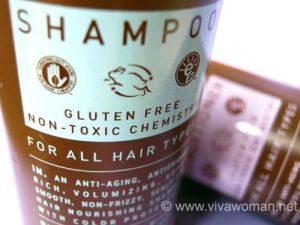 Gluten is also found in many cosmetic products as well and those who have sensitivity to the protein should avoid them. Again, if you have been diagnosed, be aware of what is in the products you purchase. Otherwise, the expense if any, in using gluten free is not necessary.

So for most people it comes down to a matter of choice, whether you buy gluten free products. If you don’t have a medical reason and can afford the additional expense going gluten free is the current trend.