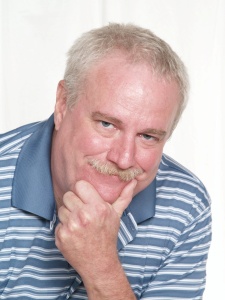 Greetings from (mostly) sunny Florida. Lately it’s been hot here. Yes, it’s Florida and all that but it seems unseasonably early to be hitting the low 90’s. It’s especially hard when I commute to or from work in the afternoon. On the bright side I’m losing a little weight in the process. And I’ve been working on my sunburn. – I don’t really tan. (Yes, I am that white.)

I’ve been working nearly full time hours, which is a good thing. I’m able to save a little money. The down side of that is that I don’t have time to spend writing. I worked oink a short story this morning, one that will appear in an anthology my publisher is putting together. It’s about 5000 words now but I doesn’t feel completed yet. It may balloon into a short novella. We’ll see. It’s not my usual fare as writing goes. I’m having some fun with it.

I’ve been spending more time using the Surface Pro I recently bought. This is the first blog post I have done with it. I’m trying get comfortable with the keyboard on the cover. It’s a lot like a laptop’s and I’ve never really liked those. But it is highly portable. I’ve been able to throw it in my backpack and haul it to work where I can use it on my breaks and before I clock in. Yesterday I wrote a review during my lunch hour. So, the reason for getting it has been just justified. 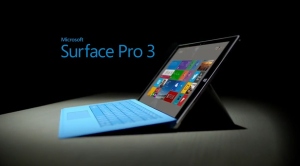 I’m still getting used to Window 8.1. Remember I have a Windows Phone so the learning curve was not quite as steep. Also, I used Windows PC’s up to an including Windows Vista. That disaster of an operating system drove me to use Linux for a couple of years and eventually compelled me to buy my first Mac. I never officially used Windows 7 on a PC, although I have played with a couple of computers that had that OS. Anyway, there are many things I like about Windows 8.1. From what I know about Windows 10, I’m not going to like all echo hangers because a couple of the features I use with Windows 8.1 are going away.

As for hardware, I think the Surface Pro 3 is the best touch screen computer available. I did a lot of shopping around and it was the only machine I played with that didn’t feel cheap and flimsy. Maybe I should have waited until the Surface Pro 4 comes out later this year but I got a  pretty good deal on a slightly used Pro 3 with 256GB SSD. It also came a year’s subscription for Office 365 and a 64GB micro SD. Oh, and there is the stylus pen.

For the record I still prefer Mac OS to Windows. But the touch screen is pretty cool and though haven’t used the pen all that much it is a nice feature intend to play with.

My birthday came and went without incident. I received a lot of well wishes from online friends and a card or two via snail mail. I don’t feel 59, and that’s a good thing. I have a lot of books that need to be published and promoted. Two new ones for later this year?

1 thought on “Update On Just About Everything”