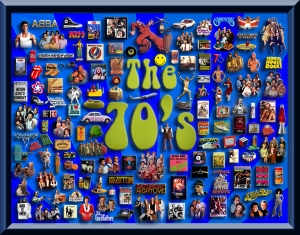 For the past several months I’ve been posting a series of articles about 70’s music. That was my decade, I think. I was a musician and a DJ during that time period and I’m fairly well versed in the trends of the period. I had planned to do something on Van Halen for this week. Even though the group is mostly associated with the 80’s and 90’s they originated in 1972 and I first became aware of them in 1977. I’ll defer that one for next week, though. This week became complicated.

I set out Thursday to accomplish a lot because it was one of my days off from my job, which though it is officially part time has been full time for about the past month or so. That’s a great thing because it allowed me to get ahead a little on saving up for a new laptop and buying a bicycle with gears and brakes that work. I need the former for my gig as an author and publicist. The computer I’m using is a laptop and it works fine for what I am doing now but the screen doesn’t work so I’ve been using it with a monitor. I needed the latter because it is my means of transportation as I commute 4.5 miles to and from work. 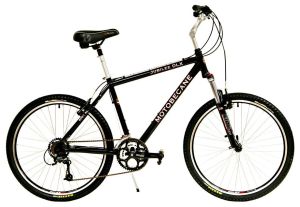 Here’s is what has been happening, at least since I relocated last fall to share a place with my son: Riding to and from work on an old bike has been taking between 35 and 45 minutes each way due to it being stuck in one gear. It was pretty obvious I needed a better bike if not for the reasons commute time then for safety. Since purchasing a new bike last week I have been using a loaner exactly like the bike I ordered except a different color. My commute time has diminished to 25 minutes each way. Also I’m less tired at the end of my rides. Thursday morning I picked up my newly assembled and tuned bike from the bike shop where I ordered it. Since the differences between it and the loaner are cosmetic, there was no difference in commute time.

I had planned to spend the rest of Thursday doing other things, like Throwback Thursday and knocking out a review of Rose Montague’s Norma Jean’s School of Witchery: Book One – Jewel. I finished reading it Wednesday. On my way back from the bike shop I picked up a few groceries, but shortly after I returned home I received a phone call from where I work calling me in to cover for someone’s absence. Since I need the money the answer is always yes when asked to give up my day off. So that’s why everything got pushed back. 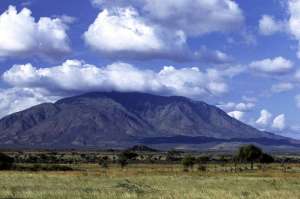 I will post a full review for Rose’s book in the next day or two. But I’d like to talk about a strange experience that occurred in the process of reading the YA supernatural thriller. You see, one of the characters in the story is named Elgon. Rose is a good friend and she tends to name characters after people she knows. So that wasn’t a huge surprise when she mentioned it to me. I’m flattered, actually. It’s just pretty damned weird, though. I’ve never read the name Elgon as a character in a book. In fact, other than my dad, and extinct volcano in Kenya and a cosmetics company in Italy, I’ve never seen the name Elgon used anywhere. As a kid there was never a license plate for my bike, or a key chain in any souvenir shop bearing my name. Believe me, I looked. Silly me. That’s one of the problems having a weird name like mine.

So I have to say reading about Elgon, the character in Rose’s book, was a little distracting at first. I rather like the character, though he isn’t all that much like me, save for some physical similarities like height hair coloring and such. He’s a male witch. I’m not – or at least I’m pretty sure I’m not.

1 thought on “Great Plans But No Throwback Thursday”