Writers deal with what ifs. The source of the inspiration to write a certain thing may come from memories or observation, but generally something grounded in real life affects us differently than it might someone who is not inclined to write. Maybe the same is true of all artists, drawing inspiration from those things in life that others overlook or pass by, but in the peculiar case of someone who will write, there is desire or even desperate need to explore possibilities. What if I hadn’t been so uncoordinated when it came to playing sports? What if I had the nerve to ask the prettiest girl in high school for a date? What if I’d been born in a different time? What if I really was an alien infant left on my parent’s doorstep? 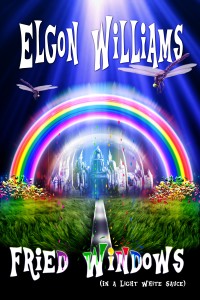 I’m no different in finding inspiration in strange places. A lot of the things I have written borrow moments from direct experiences. In many ways Brent Woods, the main character in Fried Windows and several of my other books, is an alter ego. He is braver, more outspoken and a good bit more athletic and coordinated than I ever was but he and I think alike. You see, its safer as a writer to stick close to things you know. And who do you know better than yourself and your family. So I contrived a family for Brent that is somewhat like my own, and had him grow up in my hometown. Of course we share a several interests such as music and favorite books. We are intentionally similar, after all. And, Brent eventually becomes a writer. I mean – what else could he do?

Where Brent and I differ is that he is by far more of a doer than an observer. Some writers are like that. Many are not. However, when you read about his past and especially his first person accounts of certain things, as a reader you aren’t all that certain that Brent really ever did any of the things he writes about. After all, he enters fantasy worlds pretty much at will. But then, don’t all writers have that ability? 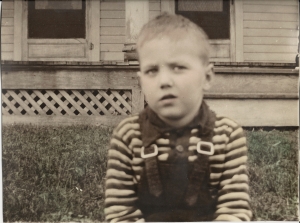 Early on in life I was sheltered. My mother wanted to protect me from everything dangerous in the world. It was perhaps natural since she had lost her first son. I was the replacement more so than my two older sisters. I had to carry on the family name. My father wanted me to follow in his footsteps, taking over the farm he bought when I was eight years old. Mom would barely consent to allowing me to participate in any sports at school because of the risk of injury. However on the farm I was into a lot of things that were at least as dangerous.

In school overcame the label slow reader. My dyslexia made learning to read a challenge and, as it went undiagnosed, I was passed along in school because I made good grades in every other subject. You see, I remember almost everything I hear. So if a teacher told me what was in a book I didn’t have to read it to know the material for a test. Eventually, on my own and through determination, I devised a way of learning how to read. By the fourth or fifth grade I had pretty-much caught up with everyone else. Still, I was branded a slow reader, because I struggled to read aloud in class even though I could read several hundred words per minute silently.

After I learned to read I developed a voracious appetite for books. In college I averaged more than a book a day. I don’t have the time to do that anymore – not with working a job, writing, editing and revising. However, I still read a lot and for most of the novels I read I write reviews and post them either in a blog or as comments on a site like Goodreads or on the author’s Amazon link.

My dad always told me to never quit and always believe that I could be anything I really wanted to be. The key word in that advice is “really”. As opposed to wishing for something to happen, imagining a what if into being, being determined to do everything necessary to achieve a goal is what’s required to succeed – even overcoming disabilities and the setbacks that others will label as failures along the way.

2 thoughts on “What Ifs, Overcoming, and Writing”