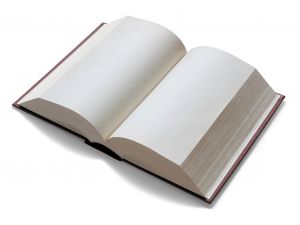 Friday morning I completed revisions for Book 10 of The Wolfcat Chronicles, which included a major rewrite of the final three chapters. I submitted the manuscript to my publisher. So the series that I have spend over a decade writing and most of my life preparing is one step closer to reality.

Before I move on to other projects, I’d like to reassure all those who have read early versions of the books that the essential story has not been altered. Some of the details have changed here and there in the process of revisions. One chapter was added and, in several other places the dialogue was modified a bit, to make the series connect with Fried Windows in a much more substantive way. Otherwise, it’s the same. I’m sure that as the editing process progresses there will be some other changes, though I expect them to be minor and more along the lines of ensuring consistency between the beginning and the end of the story and giving it a good hair cut here and there. The objective of editing is to trim away those things that do not directly contribute to the story, developing the characters, and advancing the plot, 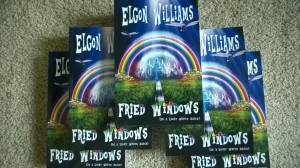 What’s next? Well, yesterday morning I did something I haven’t done for a while. In fact I’ve not done it since composing what has since become Fried Windows. I wrote a short story. I’m not sure I’ll do anything more with it. I could, though. There is an opening to expand the tale and I may pursue that – kind of like I did with Fried Windows – and we see where that ended up. But for now it’s a back burner sort of things.

The short story I wrote was my attempt to fulfill a prior commitment to write a piece for a collection with a theme “the seven deadly sins”. My challenge was to write something about greed. I’m not sure if I actually accomplished that with the story. What I wrote was more about wealth, money and large corporations mistreating the little guy. To me that’s practical reality of the sin or greed. However, I also believe that all the seven deadly sins are interconnected in many ways. If you ponder the subject for a while you will eventually get to a place that I am, where you understand how one thing leads to another and so on. Greed, envy, avarice… it’s all connected. 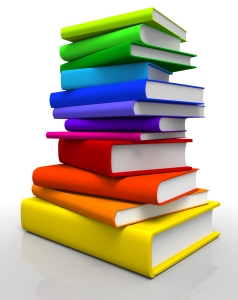 The next two things I plan to work on are the sequels for Fried Windows and Becoming Thuperman. That leaves the stand alone story of Bongwater Moses still lingering in the background, but I need to finish that one too. Somewhere along the way I also want to revise a couple of other stories about the Brent character from Fried Windows.

Having the major weight of ten books off my shoulders – at least until substantive editing begins – I can work on a number of other projects. At some point I’ll be going through something of a relaunching of Fried Windows as it comes up on its first anniversary and is released in the formats and through other distributors. I’m not sure when that will come about. It’s popularity has been increasing through the free promotions, but it has been a slow process. It’s a bit like acquiring friends for me, growing readers. It takes a while to get to know me but after someone has gotten to know me they tend to be friends for life.

Lately I’ve been scheduled to work more hours at my day job. That is largely a result of picking up shifts that other people cannot work and having been cross trained to serve other roles. Hey, I can use the money for buying books to sell at book signings, right? Also I’ve saving up to buy a better bike. One with gears that change and working brakes both front and rear would be a vast improvement over what I have been using. However, it’s hard to justify the expense at this point, as I am getting by with what I have. The tried were placed last summer and have a lot of wear left on them.

My idea is to keep the present bike as a backup in case I wake up one day and my tires are flat on the newer bike I’d be using. You know, kind of like having a second car. As my son leave early for work each day and I tend to work in the mostly in evenings I don’t have the option of asking him to drive me. My options would be to call a cab – which I can’t afford – or hoof it for the 4.5 miles. I’d probably opt for the latter though I’m not exactly sure how long i would take me to get there.

At some point I need a new laptop to replace the one I have that doesn’t serve as a laptop anymore – battery dead, screen doesn’t work. I know I’m going to need portability eventually, especially when I start moving around and traveling again, but at the moment it isn’t a huge priority. I’m using a jury-rigged configuration that serves my purposes well enough. Also, as I refuse to go back to a Windows platform for my working computer, I’m kind of at the mercy for how inflated the prices for Apple computers are. They tend to be very proud of their products, as my dad always said of something expensive for no apparent reason. Yes, I get that Apple computers tend to last longer and are supposed to be built better, etc. I’m not convinced any of that is particularly true anymore, if it ever was. Remember, I repaired computers for a while. I’ve been inside everything imaginable. And since Apple switched to using Intel processors their systems have become more and more like everything else out there in the PC world. Much of the difference is cosmetic except that I prefer the operating system to windows and find it to be generally more stable, with he exception of the Safari browser which has been crashing lately for whatever reason.

Coming up there are some promotions for Fried Windows. As soon as I have resupplied my local stash of books, meaning ordering some directly from the publisher, I’ll be working on some local book signings. So, for anyone in Central Florida, be on the look out for announcements. I plan to tie-in the appearances with pre-release activities for The Wolfcat Chronicles and Becoming Thuperman. I’ll also be participating in some promotional stuff for other authors whether as a publicist or a friend. 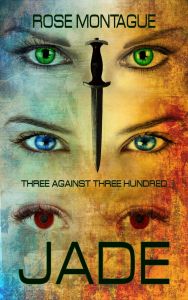 Rose Montague has two books coming out next month, for example one at the beginning of the month titled Jane, the sequel to Jade. There is another coming out later next months as well. More about that in upcoming blogs. I also plan to interview her again. She is an interesting person and an excellent storyteller. Her first book, Jade, was released a little over a year ago. I read and reviewed it somewhere around that time. Her writing is as unique as her subject matter. I highly recommend her books to anyone who enjoys novels that bend reality a bit – stories about shape shifters, witches etc.

1 thought on “The Wolfcat Chronicles Complete”