There’s not a single moment that stands out to cite as the inspiration to write The Wolfcat Chronicles. More accurately it was a series of incidents and a process in the evolution of an idea. Since the series is related in many ways to other writing, I could say it began with the first piece of fiction I wrote as a kid. But the idea to write a novel came about when I was riding my my dad’s pickup truck returning from the Trade Day Flea Market in Washington Court House, Ohio in late 1969. He asked what I wanted to be when I grew up if, as i had just told him, I didn’t feel cut out to be a farmer.

My mother told me she’d always heard that the first thing a baby grasps hold of is related in some way to what he or she will do in life. I grabbed a pencil. Years later when I was in college my mother reminded me of that, to which I replied, “The pencil also had an eraser. So maybe it was telling me I’d make a lot of mistakes.”

I toyed around with some stories during high school, even published some in the school newspaper and monthly literary magazine. But it wasn’t until college that I set out to compose a novel. I knew nothing about how to accomplish that, but that did not deter me.

After enrolling in a creative writing course I wrote the first bonafide piece of The Wolfcat Chronicles, a character profile for a wolfcat, though at the time I didn’t call the hybrid creature anything in particular. It was an assignment for which I received a grade of C-. My obstructor didn’t like sci-fi and fantasy, which was fine because I didn’t like him much either. He picked it apart, saying it was absurd and impossible to have a creature that was a their human, a third wolf and a third cat. He’d never heard of the theory of gene splicing. Not many people had back in the late 70’s.

Later that year I wrote a draft novel titled Tarot. Some portions that story survive within chapters of One Over X and The Wolfcat Chronicles. Tarot allowed me the experience of writing a long story spanning several chapters. I let a couple of friends read it and received feedback, some positive. I thought of editing it, revising it and sending it off to a publisher but a few months after writing it I actually read the draft. The story was thin, banal, not well-thought-out or developed and probably not worth the effort to fix.

My first actual publication was the Unit History of the 6903rd Electronic Security Group at Osan AB, Republic of Korea. It wasn’t destined for any bestseller list. It contained highly classified information and therefore had a very small distribution list. It was over 400 pages and received several awards.

Also while in the military I wrote a draft regulation for cataloguing, storing and disposing of classified information. The regulation was adopted within the intelligence community. Also, while I was in training I wrote a training manual that was implemented at my training base. I received commendation for both achievements.

I mention all that because prior to my experience as a unit historian I lacked confidence in my ability to write. It also allowed me to work with a computer word processor, albeit it a primitive one. Receiving accolades bolstered my ego – something vital int he development of an author, even if those who were the most impressed were not especially talented at writing.

Upon returning to the States I began writing From The Inside, the first book of the One Over X series. I would spend the next eight years laboring over that while working in retail management, being a father of three small children and all the other necessary chores and duties. Writing was a hobby. I’m amazed how much progress was actually made, all things considered.

In 1993 I bought the my computer, ostensibly for the family. The kids played some DOS children’s games on it but I wound up using it most of the time. Other than playing solitaire for the first few months of owning it and figuring out how to get online and use email, I began the meticulous process of recreating my novel in progress in a digital format using the MS Works word processor that came with my computer.

In April 1995 I came down with a bacterial infection in my bloodstream which all but destroyed my aortic valve. I was admitted to the hospital with a fever of 104 degrees F and put on IV’s with antibiotics. During the period of high fever which lasted an entire weekend I had vivid dreams about battles between demonic creatures, humans and animals. I recalled them well enough to write about them in my journal. That material made it into The Wolfcat Chronicles Book 7.

After a summer of recuperating from having my valve replaced, I upgraded to a faster computer and bought a copy of MS Word. I converted the Works documents into MS Word format and then began the painstaking process of correcting all the issues that conversion created. That was also the first time I edited and revised any of One Over X.

Along with my adventure in writing I was becoming a computer technician on the side, just from figuring out how to repair my computer and troubleshoot the software. I read computer magazines, books on writing programs and computer repair. I continued writing and eventually produced a rough draft for From The Inside. I met a small publisher join Connecticut and began a two year ordeal of editing the book. A lot of that knowledge influenced my characters and their roles. It also served as an inspiration for the EthosSphere program in One Over X, which in 2015 terminology would be called The Internet of Things. 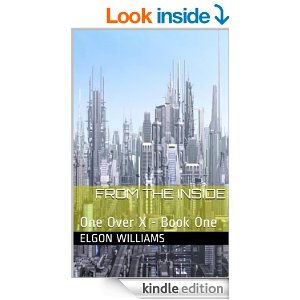 In the late Spring of 2000, shortly after my father passed away and while corresponding with my publisher and sending edits and revisions back and forth, I began writing The Wolfcat Chronicles in earnest. Starting with what is now Chapter 2 of Book 3, it was intended to be a wolf story that I shared with friends I’d made in an IRC chatroom. We pretended to be a Wolf Pack and created a roll playing game. Many of the character names in the series came from the screen names of those people or variations upon them. One of those people called herself Ela’na the Wolfcat. She became my personal muse during the compilation of the ten books in draft. We became friends over the years, though we have never met in person and live on opposite sides of the country. And yes, the similarity of the character she was playing int he RPG online and the character profile I’d written in 1977 was not lost on me – especially when years later i discovered she was born on the same day I wrote the character profile for my creative writing class. (Cue Twilight Zone Music)

Book 3 through 7 were written first, originally a 413 page single volume titled One Pack, that grew in revisions and through the addition of other backstories and characters. Book 8 and half of Book 9 were written next and was originally titled The Last Wolfcat. While writing that story in 2005, my published asked me to edit a children’s story and upon my recommendation a couple of other scenes were added to the book. I helped write those. Based on that experience, my published suggested I write a children’s story about the wolfcats, sort of like The Hobbit serves as an introduction to Lord of the Rings. One chapter into writing the prequel to One Pack, which was titled The Spectre of Dammerwald, it was clearly not going to be a children’s story. That eventually became Books 1 and 2. 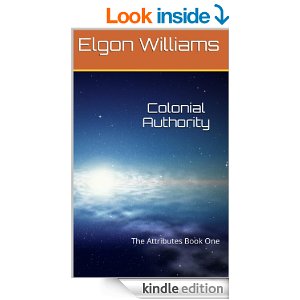 Upon completing the prequel, I now had sufficient backstory to flesh out the remainder of Book 9 and write Book 10. However, a lot of the material in Spectre required making many changes, both minor and major, to Books 3 through 8. Upon completing that long task (during the Spring of 2007), I began writing The Attributes, which concludes many of the threads created in One Over X and The Wolfcat Chronicles, thought it is a stand-alone, two-book series.

In 2011, I posted each chapter of the draft for The Wolfcat Chronicles to a writer’s website and received feedback which I am presently incorporating into the current set of revisions. By then I had written several other manuscripts and stories that are as yet unpublished. I also wrote much of the Earth-side backstory for Ela’na the Wolfcat, which involved Brent Woods, the main character in Fried Windows. In 2012, I wrote Fried Windows, which technically takes place both before and after The Wolfcat Chronicles. I promise, that will make sense once you have read the books.

1 thought on “The Wolfcat Chronicles – The Inspiration”