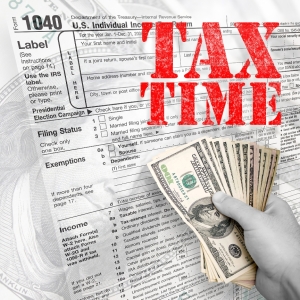 As I am collecting the documents and such in anticipation of the annual filing of a tax return, I was reminded that some of income requires a 1099, since I made over $500 as an author and publicist. The reason that struck me as odd was not that I would owe taxes, but that the basement amount one can earn without filing taxes has not changed since I was a kid. years ago when I worked for my dad on his farm and he paid me a whole dollar an hour – same as he paid any of his hired hands – I asked him if I had to file income tax. He told me no, that I didn’t need to file since I only earned about $40 a week before overtime whenever it was hay baling season in the summer. At no time, as a kid, did I ever reach $500 income in a calendar year. 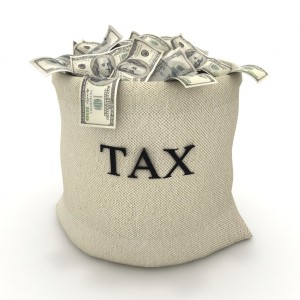 It just strikes me as odd, though, that some fifty years later that base amount of earning before being required to file has never changed. Obviously, the government wants to tax nearly everyone – or more accurately use everyone’s withholding taxes interest free for a calendar year (or more) before having to return the money – which is actually worth less than when you earned it because of inflation. So, the next time the government talks about paying your fair share, that is what they mean. The 1 or 2% of tho highest income earners do not pay taxes at anything like the same rates imposed on the middle class. That has been institutionalized into our taxation system. And those with illegal or under the table income don’t even contribute withholding taxes. The Federal bureaucracy is largely balanced not he backs of the working poor and the middle class, using withholding taxes in order to keep everything rolling along from one year to the next. They actually use the revenues generated from 2015 income withholding taxes to pay the 2014 tax refunds. 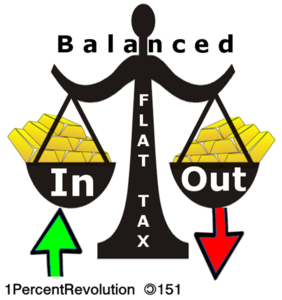 I figure that since my made $1 an hour inflation has increased tenfold – at least. As i now make a little less than $10 an hour working at a part time job alongside entry level workers, retired people and college students, I figure the job I now how would have paid $1 an hour back in the day. So, Im guessing that if everything were fairly adjusted, the $500 limit the IRS allows on income should probably have adjusted up to around $5000 by 2014. The reason it has not is, again, the governments desire to use your withholding tax revenue to keep things going. And that is because they do not require the top wage earners to actually pay their fair share.

So instead of offering free tuition for community colleges, perhaps a better idea would be to allow college students to keep they money that make up to $5000. Heck, the IRS doesn’t require any special paperwork for any cash transaction less than $10,000. So why not let everyone off the hook for up to $10,000? Again the reason is that the top 1 or 2% don’t pay their fair share.

So instead of bankrupting the government to pay for free college tuition, allow the students to save more of their money to pay for it. That makes sense. In order to do that, the tax code needs to be redone to assess taxes at the same rates paid by the middle class to everyone who makes more than $10,000  year.

Don’t expect that to happen anytime soon, though because it makes too much sense. The government is not in the business of making sense.