A lot of us have worked in retail at sometime or another and probably have had to work a checkout either ringing up merchandise or stuffing it into shopping bags. With the advent of self checkouts, both those jobs seem threatened, but have you ever noticed that the stores that utilize those kiosks have someone standing nearby to ‘assist’ while also making certain that everything is rung up and paid for. Yeah, I’m not sure how much payroll the self service checkouts really save.

Anyway, if you’ve ever been a cashier, I’m sure one of the banes of existence was the multi-coupon shopper. We’re not talking about the guy or gal with a couple of coupons for cents off an item or two. Multi coupon shoppers of real pros, the lady – as it is usually a lady for whatever reason, from my observations – with a organizer to keep her clipped coupons. She only buys what she has a coupon for and also waits for additional promotions, like in store coupons for BOGO (buy one get one) deals. That way she can receive multiple discounts off individual items. Hey, she’s good a saving money. As a consumer we all want to do that.

Manufacturers and stores obviously use coupons as a means of attracting attention and enticing a consumer to shop. The rub comes from those coupon shoppers who are attempting to get something for little or nothing through nefarious means. They usually shop close to closing time, have a zillion and a half coupons, often printed from discount coupon websites – some of which are bogus – and always see to be in as much hurry and the ten people in line waiting behind her for the cashier to dutifully deduct each individual, valid coupon – and debate the merits of suspicious ones.

Coupon have been around seemingly forever. They help manufacturers and retailers temporarily increase the velocity of certain items in a product mix. With grocery retailers, it may be to move product before expirations codes expire. With manufacturers, it may be in an effort to empty out warehouse space in advance of a special seasonal increase in production  requiring more storage room. Whatever the reason, it is a win for everyone, except for the time it takes the cashier to scan or, worse, manually enter in the coupon discount information into the cash register. There are some ways, though, for the process to be streamlined while also enhancing security – if retailers and manufacturers were willing to make a few programming changes.

In the vast majority of cases, manufacturer’s coupons have scannable barcodes that can be programmed into retail cash registers to almost instantly deduct the promotional value off an item. In store coupons may or may not have bar codes. Often the store uses a look-up code programmed into the locations price look-up system. The time to manually type in a few digits results in a slightly longer delay in the overall transaction, but in the case of multi coupon shoppers, the time is significant adding to the air time for anyone unfortunate enough to be trapped in line behind.

Sometimes stores double a manufacturer’s coupon, and each item must be processed with a special code to allow the in store discounts. Other coupons are for dollars off an entire transaction total or a percentage off if a certain total amount is achieved. Those take more time yet. And, worst of all, there is the old faithful competitors coupon price matching of another store’s coupons.

Meanwhile, that one customer waiting in line behind the multi-coupon shopper has multiplied to now be three irritated customers. Hopefully this has prompted a front end supervisor to open another register to take the pressure off the cashier. Still, it causes a disruption. And at the end of it all, the shopper purchased x number of dollars of merchandise is paying x – coupon total dollars, sometimes saving half or more of the total original transaction price.

Obviously there is an incentive for a shopper willing to put forth the effort to clip coupons and save hard earned money. But there is also a golden opportunity for disreputable shoppers to abuse the system. 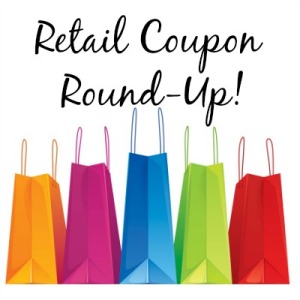 Having observed the phenomenon for many years as I worked in retail management, I have some ideas, provided manufacturers and retailers alike are sincere in wanting to provide value to their customers and not simply trying to attract attention while hoping most customers will forget to use the coupon at the checkout. (Believe it or not many customers do not use many coupons or sometimes forget to use them). It also assumes that the store wants what the customer does, to be able to have their items rung up properly and efficiently.

Here are some proposals:

1) Create a preregistration loyalty  system administered online that actually does more than a rewards system that is mainly used to track a customer’s purchases for future marketing purposes. With such a system a customer could ensure that they will always receive in store promotions automatically deducted from their totals through he scanning or a card of look up of their profile by phone number. If the customer checks a box to receive online ads, the store could provide promotional information on items based on a customers previous shopping habits. Yes, its intrusive but sometimes saving the money is worth it, especially if a shopper buys the time frequently enough to want to stock up when it is on sale or part of a coupon promotion. Manufacturer’s coupons could be included and discounts applied through cooperative advertising arrangements as well.

2) As part of the preregistration loyalty system any customer that enrolls would automatically receive discounts for the items on promotion that usually require the cashier to input a look up code. The count could be tallied through a report tied to the look up system. This would satisfy the manufacturer’s requirement for verification of coupon count to apply a rebate for the promotional period. The end result would be a speedier checkout experience.

3) Preload the look up codes for each product into a menu prompt that would appear on the register screen and signal with a beep to alert the cashier providing a one click, yes or no response to whether the coupon is present. This would also speed up the checkout process.

In most cases a physical coupon is required for the store to receive its cooperative advertising rebates from the manufacturer, as they are usually based on increased volume of sales during a promotional period. If a coupon is not present the system would default to preregistered customer discounts only. If a coupon is present, it would deduct the amount. If the customer has not registered and does not have the coupon, it would not deduct the coupon amount from the purchase price.

These measures would also allow the cashier an opportunity to inform the customer of the existence of a registration system for discounts and, perhaps, letting the shopper decide to suspend the order and collect the coupons before completing the transaction – or finding the coupon and getting a refund for the coupon amounts after the sale but taking the receipt and coupons to customer service.

Stores and manufactures need to address a growing problem of online coupon fraud. The net result is that retail stores lose money and eventually pass not he additional cost to all consumers. It may require the elimination of printable coupons altogether, or the creation of some security code that proves it is legitimate. Again, if manufacturers were to work with retailers the information could be preprogrammed into he stores price look up system  to streamline the processing. If the coupons were already int he stores system there would be no need for printable coupons.