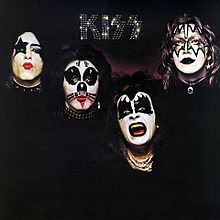 It’s 1974, a self titled album from an oddly named band hits the stores in February. Allegedly it was recorded in just 13 days. Two of the band members, Gene Simmons and Paul Stanley wrote the songs on the album while in a band named Wicked Lester, a group they formed in 1971. Although Wicked Lester recorded an album for Epic records the project was never released. The original Kiss Album was released on Casablanca Records.

I first heard the Kiss shortly after its release. The lead guitarist in my band, Dave Lewis, had just purchased it and we spent much of our Saturday afternoon rehearsal learning the songs. Since the songs’ structure was basic Rock’n’Roll they were simple enough to learn quickly. We added all of the songs to our weekly rehearsal list and some eventually appeared on our play list when we performed at gigs during the summer and fall. 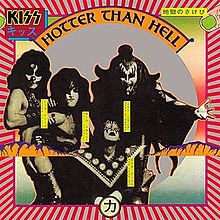 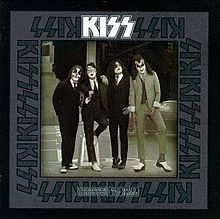 Kiss released another album in October of 1974 titled Hotter Than Hell. Neither the debate nor the follow up albums were initially commercial successes. A third album, Dressed To Kill was released in 1975 that contained the bands first signature hit, Rock and Roll All Night, though the studio version of the song failed to chart well. However, the band was gaining a reputation and a following for their live shows. With their label, Casablanca Records, struggling financially the band needed a commercial success. Later in 1975 the band recorded and released a double album titled Alive, that captured the energy of their live performance. A live version of a previously released underperforming single, Rock and Roll All Night, reached the Top-40 charts in the US. Strong sales for both the single and the album saved Casablanca Records, reaching gold status. Subsequently the band hired Bob Ezrin, who had worked with Alice Cooper, to produce the Destroyer album. 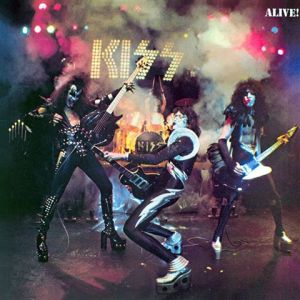 Destroyer is often cited as Kiss’ breakthrough studio album. The album produced the hit Detroit Rock City, a staple of the group’s live performances, but initially the album did not sell well. It wasn’t until the ‘B’ side of  the single, a song titled Beth, began receiving airplay, prompting its release as a single, that the album reached platinum sales status. 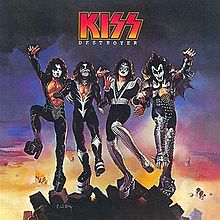 The band released two studio albums,  Rock and Roll Over in late 1976 and Love Gun in June of 1977, with a second live album, Alive II late in 1977. All three albums were certified platinum. Kiss was voted the most popular band in the US. They also performed to a record five sold out shows in Tokyo’s Budokan Hall, breaking the record of four shows previously held by The Beatles.