It’s been a few days between posts. Sorry about that. Been busier than a plate juggler lately, between working for pay and working for pleasure (writing).

Yesterday morning I finished revising Book 3 of The Wolfcat Chronicles, titled Shattered Truce. I ran it through spell checker and laughed at some of MS Word’s suggested fixes (ignoring the most humorous ones) and then sent it off to my publisher for review. I’ll continue with my present revision of the series until I’ve completed each of the books and submitted them. I don’t know whether they will be contracted or when they might be released, but I suspect that if the publisher picks them up the first of the series may be out as early as next summer or fall. I’d like to see the books come out about a couple or three months apart, but I don’t know if that’s possible. There are other authors with books in the production pipeline, you know. 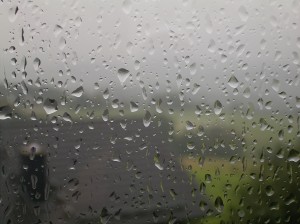 On other fronts, it’s been raining for the past couple of days here in the Sunshine State. It’s not been continuous but it has been frequent enough that I’ve gotten wet at times riding my bike here and there. I think most of you know my commute to and from work is on a bicycle. I used to live closer to work, around a mile and a third, but since I relocated to my son’s place it is about 4.5 miles each way. So, on top of working I also ride a bike 9 miles each time. I think that’s pretty good for a 58-year-old man. 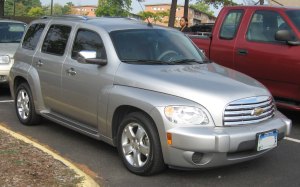 It’s been about four years now since I ditched (figuratively speaking) my last car, an HHR. Although Chevy begs to differ, it had a design defect, or in the vernacular of marketing gurus tasked with explaining why engineers made certain changes, ‘an innovative feature’ . The car had to be driven at least ten miles per day in order to properly recharge the battery  What asshat thought up that, right?

Here’s the deal. For several years now car companies have undersized the batteries in vehicles that they deem necessary. They still offer the full size and high capacity batteries in work vehicles, I guess because guys who drive trucks also tend to tote guns and would take exception to their primary means of transportation, a pickup, not having the juice to crank at 2 AM on Saturday Morning in the local Honky Tonk’s parking lot.

My guess is that car companies had to cut costs to eek out a profit. So, some survey somewhere determined that, on average, people drive cars enough to keep the batteries charged even though it is much smaller in size and capacity than batteries that used to come in vehicles. Most people don’t realize there was a design change, so they get away with telling people like me that I don’t drive enough. I took that at face value. What they were telling me was that I didn’t need a friggin’ car since I was one of those fringe people who try to conserve fuel and the expense of driving by moving closer to work

Silly me. I thought we were supposed to be minimizing our carbon footprints and sparing the use of fossil fuels. I guess I forgot about the Big Oil interests in automobile companies and the federal agencies that oversee things.

Anyway, after arguing with Chevy and deciding I wasn’t about to pay for a tow, recharging my battery and reprogramming my key each time. the latter due to the stupid electronic interlock system – a theft deterrent , they say – to the tune of $140 every couple of months, I told the bank to repo the car. They warned me it would ruin my credit. Obviously they hadn’t looked at my credit before making such a statement. It was actually so bad at the time that the repo might have actually improved my score. (I’m joking, but it was pretty bad).

The next day I bought a bike and started riding it to and from work. Also I learned a lot of things along the way:

1) There are not enough bike lanes or trails designed exclusively for bikes.

2) Cars, trucks, buses and whatever else ends up rolling down the streets and highways do not pay attention to bikes in the bike lanes

3) There is a good deal of sharp debris on the sides of the road exactly where bike tires will find it.

4) Wild animals are as surprised as people and pets that anyone is using the bike lane and armadillos move a little bit faster than tortoises in getting out of the way.

Over the course of the past couple of years I have lost a lot of weight (over 60 pounds) partially due to riding a bike just about everywhere I go. Quitting drinking and not having any money to buy lots of food also helped the cause a good bit, but the bike riding has made me feel healthier. Also I find that while I ride my bike I have time to think.

Being a writer, most of what I think about is what so called normal people might consider crazy ideas, but I find it helpful in settling plots in my head before I go home to write. I have yet to stop pedaling to quickly jot something down but I do carry my smartphone with me and it does have the ability to record my vocalized thoughts as well as take dictation. Maybe a bluetooth headset would allow me to knock out a rough draft while I’m riding along. I’ll have to look into that.

1 thought on “Sorry, Been Busy Revising Books, Riding a Bike, and Trying to Stay Dry”