I’ve decided I need a dog. Not just any dog, either. I need a dog with a story to tell. I’m thinking I’ll make him or her the subject of a book, granting my new friend a level of immortality afforded to those to inhabit fantasy worlds. 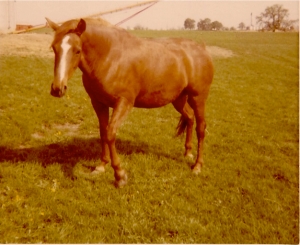 There a love of animals in me. I had several pets as a child, including some farm animals like lambs, a pony and a horse. Usually we had dogs and cats as well. As a result I’ve written some stories with animals in them. I’ve created fictional animals as well, some that don’t exist outside of the worlds I create.

The Wolfcat Chronicles establishes a whole mythical world about fantastic beings that are the product of gene splicing DNA of cats wolves and humans…and a lot of other stuff of course, otherwise it wouldn’t be much of a story, now would it? But it occurs to me that I don’t often write about real world dogs in my stories, mostly because it’s been a while since I’ve had a pet of my own.

While I was staying with my sister and brother-in-law, their dog, Barnaby – a King Charles Cavalier – was my daily companion. He used to sleep in my room while I wrote in the morning, keeping me company curled up at the foot of my bed. Afterwards, when I was staying with my son, there was Rocco, his American Bulldog. We used to go for morning walks and, otherwise, he’d keep me company in the room where I did my writing. The place where I stay now doesn’t have a dog. That fact makes me miss my writing buddies all the more.

When I’m back in the real world, having a place of my own again and playing this game as it is intended, I’ll probably visit an animal rescue shelter and adopt a friend. Many of my people friends do that. In a way I’d like to have a puppy and watch him or her grow up, but I also know there are many mature dogs out there who need someone. They’ve had rough lives through no fault of their own except for being born into this crazy world. I’m not in a situation where I can do that just yet. But I will be.

I think everyone who can should adopt an animal according to his or her preferences. Not only is it healthy in reducing stress, but also it enriches our lives to have a close friend who loves us unconditionally. Since that appears to be an extremely rare trait in human relationships, that is why we gravitate toward pets.

1 thought on “Animals Enrich Our Lives”