You may have seen something about this in the news – political pundit calls soccer un-American – or something to that effect. Not wanting to get into the silly polarized political debate on just about everything that plays out daily on the 24/7 news channels (and spills over into broadcast and print media as well) I do have some observations that may help put a different spin on everything.

First of all, calling any sport un-American is patently absurd.

We are a nation that seems to love sports and competition. Some things we watch I might personally feel are quasi-sports. I may like some more than others. But it is a matter of personal preference not national interest or patriotic support. All you need to do to confirm Americans’ love affair with athletic endeavors is channel surf on any given weekend. It’s there, all there, and in a variety that will astonish you. For most Americans I think a favorite sport depends on the season we are in. I love baseball, for example. There’s nothing more American than that, unless it is the middle of football season. Then there is basketball.  I also like tennis. I’ve been known to watch bowling and golf but usually I end up taking a nap at the same time. But that’s just me. A lot of people watch racing events. Some people question whether that is a sport. Controlling a car that does;t have pose steering while it is doing a couple of hundred miles per hour takes some strength and skill, especially when it is in close proximity to other vehicles. So, I have never personally questioned where professional racing drivers are athletes.

Some people participate in sports at some point in their lives. Whether it is in a youth league, during high school or college or in adult leagues, we have all dreamed of making the winning play or being the fastest or strongest  or most skilled at something on any given day. Those who don’t participate directly in a sport can always be a spectator.

You see, Americans like to watch competition. That’s what we do. We pick a side and support the team or individual. Maybe the competitive nature of sports spills over into our domestic politics at times as well. National championships teams and star world class athletes usually get invitations to the White House. But that’s all about photo ops and publicity, not really about politics per se. By the way, publicity is what all the comments about soccer being somehow un-American is all about, promoting some agenda and calling for support of some cause whether real or contrived.

How can anyone think that soccer is un-American? Maybe it’s because the sport wasn’t invented here. That is the only somewhat valid reason I can think of for having that point of view. Its the old us against them, isolationist mentality. Americans enjoy being different and doing things our own way – even if at times it proves inconvenient or wrong over the course of time. We have our own set of weights and measures – even though those are borrowed from our English heritage. We have our own special variety of football, which is why we call a sport, which is known to the rest of the world as football, soccer. But I think millions of soccer moms across America are scratching their heads over the pundit’s comments, though. How is it that soccer is not American enough to meet anyone’s standards?

Politicians and political pundits seek publicity. They will leverage anything to advantage, even something that should be as politically neutral as a sport. While we should all be supporting an American team participating on the world stage and taking pride in the successes and advancement in a prestigious tournament, the politicization of the sport has for a moment drawn attention away from the real competition, which contains is national pride.  It is dangerous to associate politics with any sport and it needs to be avoided in the interest of maintaining the purity of of competition and the sense of fairness.

Sport should be about competition at the highest level possible, pitting sides against one another chosen on any basis other than something as crass as political agendas. Sport should be purely about athletic excellence and endurance, pushing the limits and showing heart and courage to put forth one’s best effort. It must never be about left verse right or being somewhere in between on the ideological scale.

Promoting one sport over another as a national pastime is advertising not reality. As Americans we can all get behind a national team and show enthusiastic support as one people divided on everything else but united in at least one thing, that we are all Americans. Suggesting that love of one sport in some way diminishes our love and support of other sports that are, for whatever reason, traditionally called American sports is wrong. Soccer is a sport, for God’s sake. A lot of patriotic people enjoy watching it. So, just let them enjoy watching what they choose to watch. As always, if you don’t like it you can change the channel. There is always some other sport you can watch. Just don’t tell any of the rest of us what we can or should be watching or attempt to limit our freedom to do so. 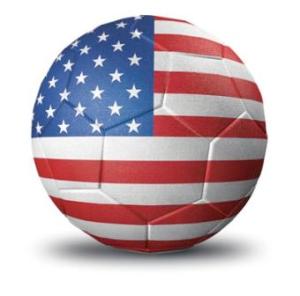 2 thoughts on “A Sport Becomes A Political Football”