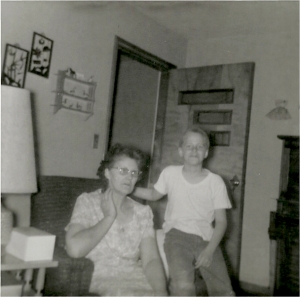 I recall that when I was a little guy my Mom had a whole lot of sayings that were largely rooted in her childhood. Some were about impossibilities and skepticism. One expressed the absurdity of men being on the moon. And then, the summer I was thirteen years old, she had to stop using that one. 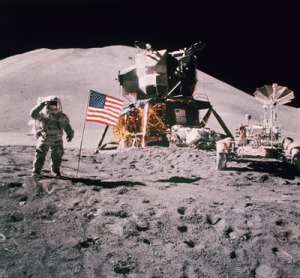 Today is my mother’s birthday. She’d have been 97 today. A lot of things changed in her lifetime, and a lot more since. I’m not sure things are better or worse – or even if I’d call it progress. It occurs to me that everything is according to balance, taking some bad with some good as we advance through time if not in the acquisition of wisdom. What I came to realize on July 20, 1969, was that what’s impossible in the here and now may not always be so in the future. A lot of that has to do with setting goals and being determined to achieve them. 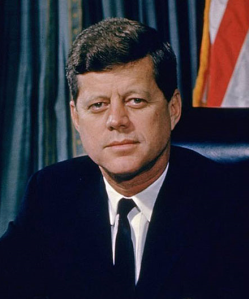 I’m pretty sure John F. Kennedy knew that. When he set the ambitious national goal of landing a man on the moon and returning him safely he had to know it was possible. He had expert advisors after all. Was it a stretch? Certainly it was. No one had ever done anything like it before. In theory it was possible. Working out the details was an expensive undertaking that pushed technology further in the span of one decade than ever before. Any number of things that are common place in our daily lives today came from those advancements – non-stick cooking surfaces, dehydrated foods and the microprocessor come immediately to mind.

Kennedy would be 97 on his birthday this year as well. I recall he and my mother shared the same birth year. They were certainly born under different circumstances, worlds apart in a way, and yet the America they shared was a land of lofty ambitions, golden opportunities and a bunch of innovative dreamers. 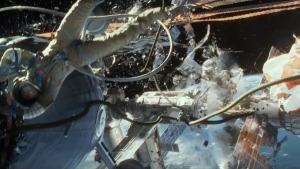 I guess I’m thinking about all this because I decided to watch a movie yesterday called Gravity. In case you lived under the same rock I have been for the past few months and missed it. it won a lot of awards for it cinematic achievement. It’s about a disaster in orbit. It has a lot of the undercurrent themes about technology pushing the boundaries of reason, humans at the edge of their ability to cope and mankind’s penchant to self-destruct.

There is an accident in space. Apparently a spy satelite malfunctioned and a missile was sent to destroy it. But in space things like that can produce a pinball reaction on a cosmic scale. The debris started taking out other satellites, knocking out communications with the world and also destroying the means of returning home…and everyone else aboard a shuttle except for two astronauts.

What impressed me the most about the movie was how realistic things looked. It was easy to escape reality and feel immersed in the situation, sharing the struggle with Sandra Bullock. Afterward I wondered what can be imagined that somehow we can’t create at least in a movie if not in real life?

With the advent of the personal computer, which came from the investment in the technology to put men on the moon in the 1960’s, and the Internet, which came from the need for a communications network that could survive a nuclear war, we now have the ability to publish and distribute the products of our imaginations in ways no one would have believed possible only twenty or so years ago. If you can dream it and express it, then why can’t be become a reality – at least on the real or virtual pages of a book?

Billions of people produce millions of artists inspired to capture and express their visions, sharing them with the rest of the world. Any of the billions who might care to see, hear, feel the dreams of those of us inspired to create, has instant access to art in its various forms. What a wonderful time to be alive as an artist. And yet, each of us still struggles as artists apparently must in order to sense and respond to what it is about the universe that makes us different.