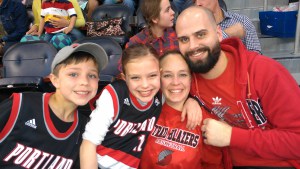 Jackson Paul Baer is an author of literary suspense whose most recent release, The Earth Bleeds Red launched late last October from Pandamoon publishing and is available in both eBook and paperback from Amazon, Barnes and Noble and other online book sites. Originally from Woodstock, Ga (north of Atlanta) he’s a huge Braves and Georgia Tech fan. However, he lived in Oregon for the over five years and only recently moved back to North Georgia. Over the past twelve years he had been all over the country. He loves the Trailblazers as well as Oregon State, where he will soon graduate with a B.A. in English in June 2014. He has been married for eleven years and has four beautiful children, ages 4-9.

He graduated from a Bible college in 2003; that’s where he met his wife. He spent seven years as a youth & teaching pastor, but has not been a pastor for the past three years now. “I’m not very religious though you will find spiritual themes within my writing due to it being such a large part of the majority of my life. My characters, much like myself, struggle with faith, doubt, and love as a part of their everyday lives.” The Earth Bleeds Red is by no means a Christian novel, however, with language you’d find in real life, as well as situations not suited for a church service.

Jackson’s favorite author is Joyce Carol Oates and he also loves Junot Diaz and Sherman Alexie, among many others. “Their novels have influenced me the most and I’d like to think my writing style resembles their amazing books. Them by Joyce Carol Oates is the best book I’ve ever read. If you’ve never read it, stop what you’re doing right now and read it. Seriously, do it now.”

Scott Miller has everything he’s ever hoped for. He has a successful marriage to Jessie, a stunningly beautiful, creative woman. His seventeen-year-old daughter, Ashley, is both gorgeous and intelligent, and has just been accepted to the University of Notre Dame, where Scott received his PhD. He has a comforting home in the woods, and a fulfilling career as a college professor at Oregon State University in Corvallis. He’s blissful, and at peace, until it all comes shattering down.

Ashley is kidnapped. The scene of the abduction is horrific and bloody, and the police are convinced she couldn’t have survived. They accuse her boyfriend, Brandon, of Ashley’s murder. He declares his innocence, and claims that a masked man who entered his house and overwhelmed them both took Ashley. No one believes Brandon. 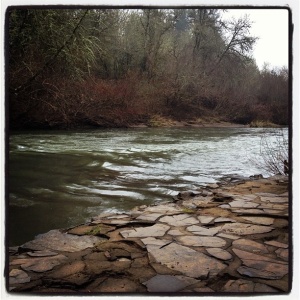 Then the bodies of three other missing girls are discovered, all bearing the mark of a known serial killer the FBI has been hunting for years. Evidence mounts. As Special Agent James Duncan tracks the Hail Mary Killer, Scott and Jessie try to move on with their lives. But they can’t shake the feeling that Ashley may still be alive, and that the time for saving their only daughter is quickly running out.

In the best tradition of literature and suspense, Jackson Paul Baer has weaved a heartfelt tale of one family’s struggle to survive after a despicable evil wrenches them apart. 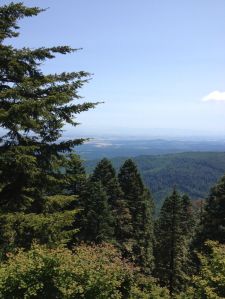 Jackson is current working on a literary psychological thriller titled The Lights Will Never Fade.

He gave me the chance to ask a few questions and learn more about his fascinating life and his writing:

Q: How much research do you do before starting a novel? Does the research help develop the plot or do you use it for all background details?

A: I researched a lot for The Earth Bleeds Red. I went and took pictures in the city of Corvallis, or that I pictured as I was writing the book. I wanted my writing to accurately reflect the city. I also had to do a good deal of research with regards to police procedure, crime scenes, what happens to a person after death etc… With my write-in-progress, I emailed people who live in the town I set the book in to verify the types of trees, flowers, close rivers, and other things like that.

Q: Creative people tend to be spontaneous. In particular, most people think that writers are at least a little crazy. Tell us the most unusual thing you have done in your real life that doesn’t directly relate to writing.

A: I’m a fairly spontaneous person. I travel a lot, playing cards, and have been known to take a road trip on a whim. I don’t do this as much anymore as I’ve gotten older and my kids have gotten bigger, but I’ve driven ten hours before, only an hour or so after deciding to go.

Q: Every writer has that one story that clicked, inspiring him or her to pursue writing as a career. What was the story and what was there about it that made it influential?

A: The story line in “Them,” by Joyce Carol Oates has to be one of the biggest influences on me as a writer. The characters were so flawed and imperfect. I actually heard her speak at Oregon State and after that, I went out and bought that novel. I read it and fell in love with her writing.

Q: Creativity comes in many ways – for example, painting, photography, sculpture, music and theater. What other things do you do or have you done that are examples of using your imagination or other artistic talents?

A: I’ve actually written a handful of songs and even recorded four or five of them several years back. It was more for fun than trying to make a career out of it, but I do enjoy music. I play guitar and bass and songwriting is really where I got my start in writing.

Q: When writing I’m sure you hit snags where characters aren’t behaving or the plot just isn’t working. When that happens to me I play video solitaire. What do you do?

A: I usually take a break and read. I think that any good writer is an avid reader, as time allows. With work, school, and a family, my time for reading has been limited. I am almost done with school and will be able to devote regular time to reading and writing again. I miss them dearly. 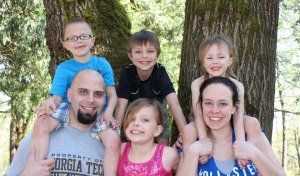 Q: There is usually someone in a writer’s past that is to credit or to blame. In your life, who was that, when and what happened?

A: I had a professor at Oregon State who spoke to me. He was real and down to earth. To be honest, it started at the community college I went to prior, but this professor’s class was the first actual writing class that I took. I began to write short stories for the class and realized how much I loved creating this world that wouldn’t otherwise exist. 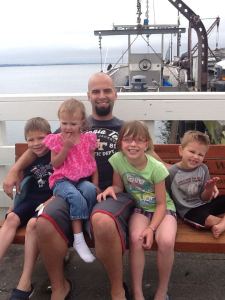 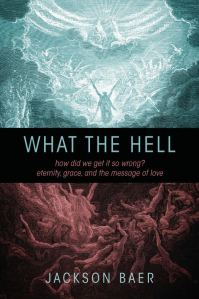