We start out not knowing anything about the world. It’s fresh, new, exciting – everything is interesting. That’s what being a kid’s about… for many years, at least. Then at some point the kid in us starts learning the ways of being an adult. And a part of that is finding a purpose in life. Unfortunately, I think a lot of us look for The Purpose more than A Purpose, and so, we fail.

Maybe that’s why I packed up and moved out of the house, pretty much, and went away to college. Going far away, at least to mean, meant a school in the next state over from where I grew up. It was a over couple of hour’s drive, almost three actually. That was quite far back in the day, especially farm boy.

Take in my perspective of the world: I lived two miles from Nowhere, which is what I called my hometown. From the back deck of my dad’s house I could see for miles and maybe there were a couple of other people who lived within eyesight, but their houses were dots on the horizon. That’s the Midwest.

There were a lot of things to like about living in the country but most of those escaped me. What I wanted from life had nothing to do with raising livestock and grain, taking over my father’s way of life. I was allergic to farming, literally.

Being outside in the sun everyday had given my father a farmer’s tan, though he had a fair complexion and mainly his skin was red from exposure. If anything, I was a paler version of him. Dad coughed, hacked and wheezed a lot from all the dust he inhaled from working. I broke out in a rash from exposure to the oils of freshly cut grass. Can you imagine being a kid and having an allergic reaction to grass? Fortunately, over time, I grew more tolerant of that.

So Dad gave up on the idea of me taking over his farm, at least running it as he did. What he figured I’d do was go away to college, study agricultural engineering and return home to manage his farms but also the farms he had operated for many years, those belonging to my godfather. He referred to it as being a ‘gentleman farmer’. Whenever he used that term I got this picture in my head of Oliver Wendell Douglas, the guy character on Green Acres who rode a tractor wearing a three-piece suit. I think what My dad had in mind was something more along the lines of having people working for me running things more like a corporation than a family business.

The only trouble with that dream was it wasn’t exactly shared. I disappointed him a little when I told him I wanted to study journalism. Dad watched the evening news every night that he was home from working on the farm in time to catch Walter Cronkite not he tube. He respected him. But in general Dad didn’t like the press that much and couldn’t understand why I wanted to be one of them. 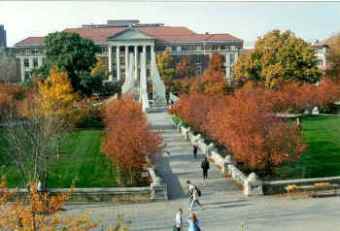 It turned out that after nearly four years of studying mass communication at Purdue University I had tended more toward radio and TV production than journalism and also studied advertising and public relations. Those actually became my major concentration.

I studied consumer psychology, labor relations, social psychology and a lot of other things that were skewed closer to business. And so I decided to change my major late in the game.

Like most people who go to college, at some point I figured out that at the end of my matriculation I needed to find a job. So there had to be a practical use for what I had learned in college. I dreamed of being a writer even then, but I figured I needed to have a paying gig and pursuer the writing as more of a hobby.

By then my parents had sold their farm on land contract, packed up and moved to Mission, Texas. If you have never been there, it is just about as far south as you can go in the Continental US. Dad had always dreamed of going out west. He loved to read western pulp novels when he was younger and by then time I was a kid he watched westerns on TV every chance he got. Fairly often he talked about movie to Arizona, California or Texas, which got my sisters riled up about moving away from their friend. Not me so much, because I had always been of a mind that I wasn’t going to spend my life in southeastern Clark County, Ohio.

So dad was living his dream, living in Texas. We had flown down to Corpus Christy and stayed in a room some radio evangelist let us use. Dad contributed to his program and his school for wayward girls. We borrowed a beat up station wagon and drove down to Mission to look at houses there. That was a long drive in a car that didn’t look like it was roadworthy, let alone capable of making the trip.

I liked Mission. It was a small town close to McAllen and Edinburg, resting not he Rio Grande. A lot of the architecture was Mexican, as were the descent of the people, but that was part of why Dad and I liked about the place. They raised grapefruit there, and so there were miles and miles of orchards bearing the ruby red variety of the citrus fruit.

We spent a whole day there looking around with a real estate agent. And, although I advised Dad to have Mom come look at places, he claimed she had given him permission. I could even hear her voice in his remark that he said she told him anywhere he liked was fine. But i also knew her. Maybe better than Dad did in some ways.The house he was going to buy was a lot smaller than would comfortably fit their furniture. Dad said they were foregoing to sell off most of their stuff. So, okay… maybe that will work. But then I asked the obvious. “Do you realize you don’t know anybody who lives down here?”

It might seem a silly question. Of course, he didn’t know anybody. But Dad had the gift of making friends easily. He always had. So that wasn’t a concern for him – but Mom, not so much. I was sort of in between the two in their personalities. I got along with everybody but I never had too many friends, just a few and even then they were never the sort that felt close.

So, Dad bought the house. I help them move to Texas. Then I finished my degree at Purdue and transferred to UT Austin to study Marketing. I figured I’d be perfect for a job in advertising or public relations with degrees in mass communications and marketing. 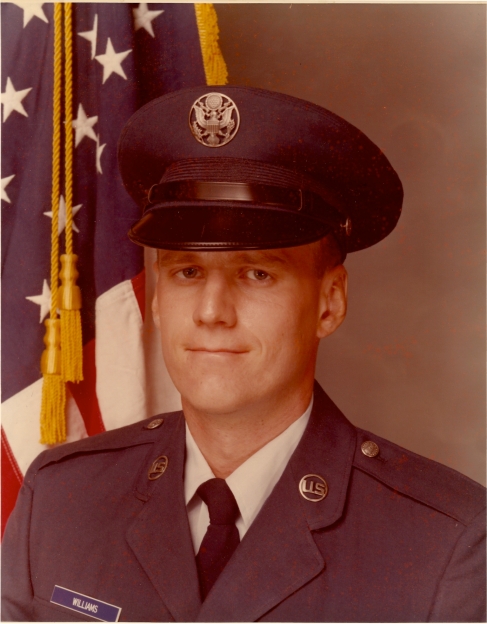 I mention all this because until recently I have always tried to figure out why I did everything that I did. Other than having some good stories to write about, it was hard to explain why I worked in advertising for only a year, how I got a wild hair and joined the Air Force, learned Chinese and ended up on the other side of the planet for a while. And then, how did it make any sense for me to get married when I did, start a family and wind up working in retail for most of my adult life? The simple answer is, it didn’t. However, that would also be the wrong answer.

You see, it has occurred to me that all along The Purpose for my life was always there while I was settling for A Purpose instead. I was born to be a writer, not anything else I did along the way. Yes, all those many things I have done give me a somewhat unique perspective on things so I can write in a semi-intelligent manner about a number of topics. But The Purpose in my life was to be a writer. I allowed many other things to get in the way, but now that I have arrived, I won’t let that happen again.

That doesn’t mean I still don’t need to survive. Writing for a living is not all that lucrative – at least not while one is starting out. But I have all this other knowledge and experience that I can share with others and, guess what? Most people don’t have the same knowledge and experience I have. That’s how it works out. I know a number of other authors now and most of us have the same problem, we’re obscure at best. I’m helping a few of my friends with publicity. And that was The Purpose for a lot of what I did for all those years at college other than learning how to think differently, learning a little bit about life, and exploring any number of things I might have never experienced living on a farm in west central Ohio.